Home Weight Loss Taco Bell Calories! How to stick to your low-calorie diet 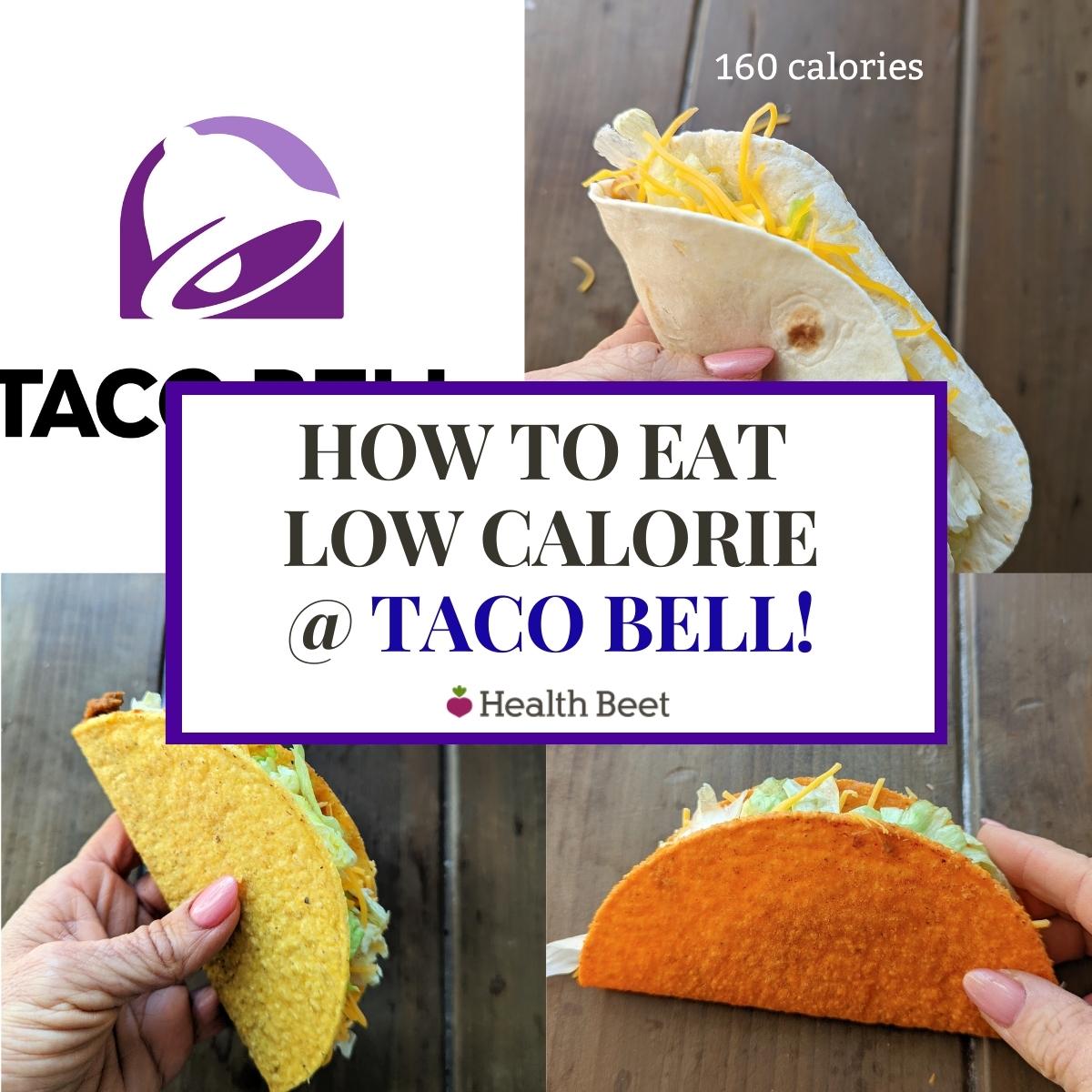 Be consistent with your diet, even when you eat at restaurants. Here’s our best pics for Taco Bell

Nutrition facts are readily available so you can find foods that fit your diet. Yes, even Taco Bell. To help you, I have selected the best low-calorie Taco Bell menu items!

If you are following a low calorie diet and feel like you aren’t able to eat out, think again!

When you don’t feel like you can go out to eat while dieting, it’s possible you’ll get even more discouraged. It’s not something anyone likes to feel. “FMO”Fear of Missing Out or a Fear of Missing out

We have all been there but it doesn’t have to be like that. Many places can accommodate your needs, even if you are a vegetarian. Taco Bell!

Many restaurants offer great options for people who are trying to lose weight or count calories. Although eating out often will certainly make dieting more difficult, once a week isn’t going to be the end of your success story.

Taco Bell can be found in almost all states. It can sometimes be a great place for a quick bite while on the move or traveling.

Taco Bell has a variety menu that can be broken down into sections.

Their websiteIt’s actually quite impressive, and has many wonderful resources to help you find exactly the right thing.

Taco Bell’s website states that you can order Taco Bell’s if your goal is to reduce calories and eat a healthier meal. “Fresco Style”. Fresco Style reduces calories by using low-calorie cheeses and sauces.. This option can cut calories up to 25%

Another important thing I learned from Taco Bell is that chicken is generally the main ingredient. healthiest option Except if you choose to be vegan.

Taco Bell’s biggest problem is the fact that everything has too much Sodium!!!

All of the meats add so much sodium, which isn’t necessary and definitely can be a turn off. If this is your only choice for food, you will need to eat low sodium.Stick to vegan options as they contain the lowest amount of sodium.

Remember that vegetables like onions, tomatoes, and lettuce will help you feel fuller with fewer calories. Many places will add these without increasing your cost.

Here’s a list of foods that contain lower amounts of calories and sodium at Taco Bell.

The Soft Taco’s at Taco Bell are one of the lowest calorie foods you can get. It is very customizable and has excellent macros. To make your tacos more filling, add tomatoes, olives, and lettuce.

This and the Soft Taco’s are pretty similar. The Nacho Cheese Doritos Locos Taco has a lower sodium content, but it does contain more fat.

The Bean Burrito had the lowest sodium and calories of all Burritos. The Burrito Supreme chicken was second, followed by the beef. The chicken has 20 more calories, more protein, less fats and more sodium than the beef.

If you really want a Quesadilla Taco Bell Quesadilla, be sure to pay attention to the Fats. You can reduce the fat by making your order custom and skipping the cheese.

The Power Menu is an extremely unique section of the menu. To be honest, I wasn’t very impressed with it. I was actually disappointed by many of the macros. “Power Menu”They had higher levels of fat, carbs, and sodium when compared to other items with the same or lesser calories.

All of this being said, I do know that Taco Bell has some great lower-calorie options. They also cater to individual preferences well.

Don’t forget that you can take away higher calorie foods or add foods that are lower calories. These will make you feel fuller quicker and reduce the calories you eat.

Now, share with me some of your favorite items at Taco Bell that you’ve been able to customize to accommodate your needs!

What is Noom? (An Honest Review)

[email protected] - May 25, 2022 0
Weight Loss
Noom, a subscription-based platform, allows you to track your exercise and food intake. A key component of their program is a psychological approach to...