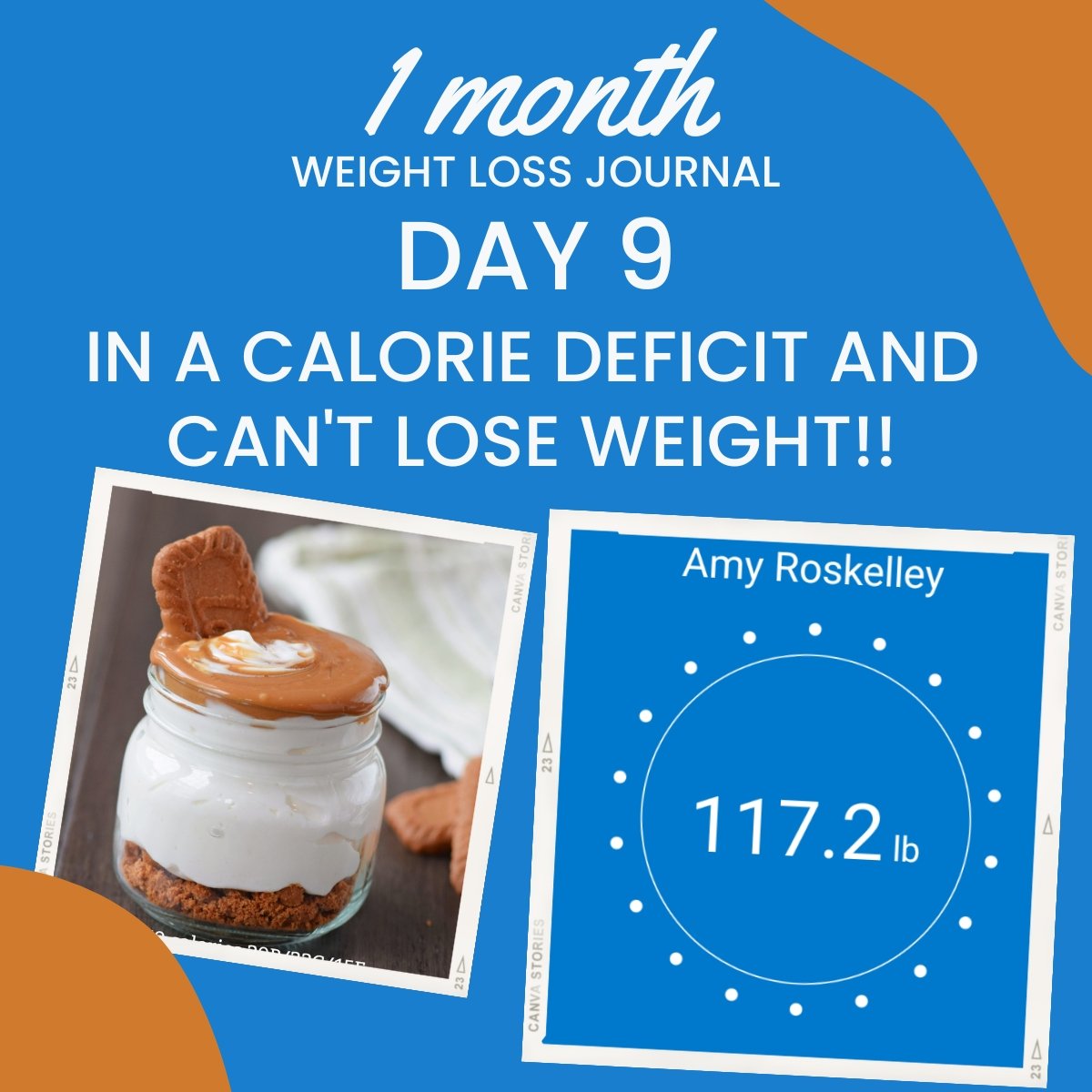 Day 9 in my weight loss journal: 1500 calories Have you ever been frustrated because you’re in a calorie deficit, but not losing weight? That’s what today’s weigh in looks like, but here’s why I’m not worried. (See the other weight loss journals here.

Yes, you did read that right! 117.2 lbs. I’m trying not to freak out. I’ve told so many people over the last two years that it takes awhile for me to start to see results, even when I can be 100% compliant to a calorie deficit.

I also advise people not to get too excited about the scale’s readings each day.

I also tell people that the journey is not linear.

It still stings a bit. I’m not going to lie. It also makes me happy that I weigh every day and not once a week. If I saw that number after not knowing that yesterday I was 115lbs, I’d be freaking out right now.

There are many reasons that the scale fluctuates. And there could be reasons you truly aren’t losing weight in a calorie deficit. (*read this article, How long it takes to lose weight)

2 Reasons you aren’t losing weight in a deficit

1) You aren’t in a deficitAnd 2) you aren’t being patient enough.

So, here’s my Personal These are the MAIN reasons I have found.

2 – You aren’t being patient enough

I like to think of myself as a “professional dieter”. Haha. I keep a meticulous food log and can be very precise about what I weigh, measure, and enter. YET- here I sit, 9 days into being extremely consistent, and it looks like I haven’t’ even lost a fifth of a pound. Why? Here’s some reasons the scale fluctuates for me.

This is the final sentence.

Our greatest weakness is to give up. It is important to keep trying, even if it fails.

I cook my meals.

That’s it for today. Be back tomorrow!

Frequent Issues With Fitbit Cost 4 | How To Repair Them

Overnight oats with water (without dairy)

[email protected] - June 29, 2022 0
Recipes
Oats smoothieIt is a healthy and delicious way to lose weight. This is a quick and easy oats recipe.You can make different...

Day 16-23: A major setback on the Weight Loss Journey