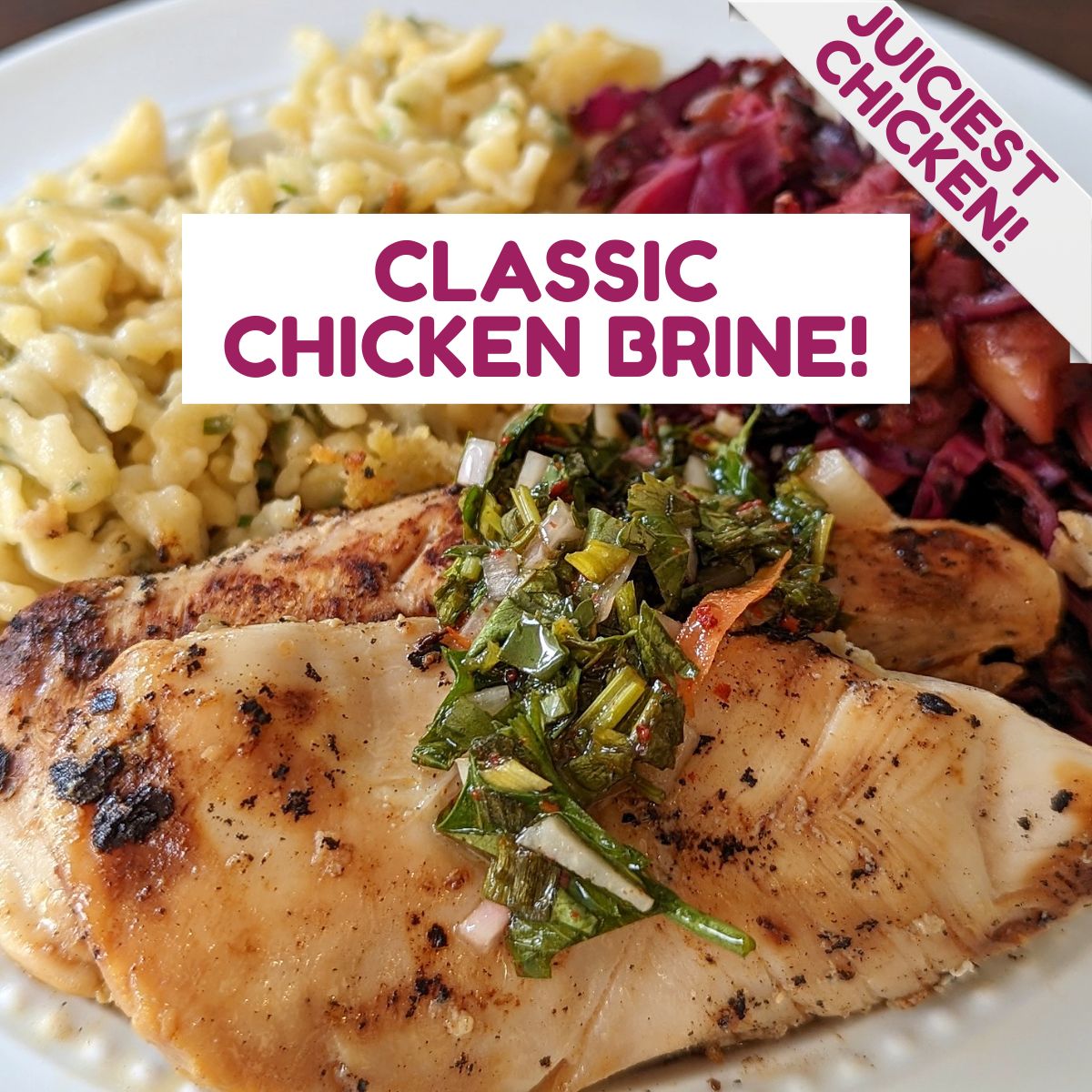 This classic brining method can make your chicken even more flavorful and juicier. Never again will dry chicken breasts be a problem!

I just started brining my chicken! Why has it been 49 years since I ate dry chicken breasts? Because I was confident that I could cook them without becoming too dry, I tend to eat boneless, skinless chicken breasts.

But, now that’s all changed! My protein cooking skills have improved by 10,000 since I started my culinary program!

I now commit to always preparing containers of chicken, freshly cooked and brined.

The Basic Steps of Brining Chicken Breasts or Tenderloins

How many calories are added for brined chicken?

So you made a brine of salt, sugar, herbs and are now on a low sugar/low carb/low sodium diet. But how much of the brine actually gets into your chicken?

Well, it isn’t that much. In fact, I weighed both the chicken before and after brining. Here’s what I found:

To make things more complicated, the POST cooking weight for the chicken when it was cooked in a skillet was 17.8 ounces. We lost 2 ounces of chicken in the cooking process. The cooked weight of the chicken was: 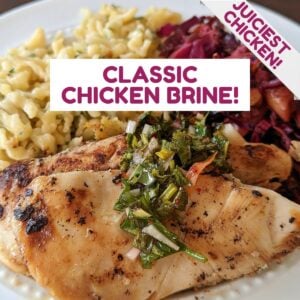